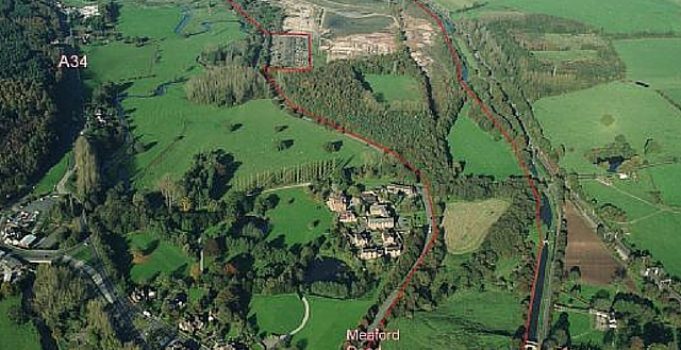 Government approval for a gas-fired power station to be built at a new Staffordshire business park illustrates the Meaford site’s crucial role in creating more and better jobs for the area, the LEP chairman  has said.

David Frost CBE, chairman of Stoke-on-Trent and Staffordshire Local Enterprise Partnership, commented: “This is excellent news, both for our local economy and for the energy industry nationally.

“Now that the infrastructure works are complete development at Meaford is really picking up pace. This is a major employment site and will play a crucial role in bringing more and better jobs to our area so that Staffordshire continues to thrive.”

Meaford Gas Power Station was granted consent by the Secretary of State for Business, Energy and Industrial Strategy this week. The development, at the new Meaford Business Park near Stone, signifies a major boost for jobs locally and energy creation nationally. The decision follows planning approval of the first 38,000 square foot industrial unit at Meaford by Stafford Borough Council last month.

Over the past year Staffordshire County Council has been carrying out infrastructure works to provide roads and utilities to Meaford, the largest undeveloped brownfield site in the county. This has paved the way for developer St Modwen to begin construction on the site, which could provide up to 2,200 jobs.

The road scheme received the backing of the Government’s Local Growth Fund. A total of £6million was secured by the Stoke-on-Trent and Staffordshire Local Enterprise Partnership, together with a contribution from St Modwen. An event to mark the completion of the project takes place next Friday, July 29.

The funding is part of an £82 million package of major Growth Deal projects being delivered across Stoke-on-Trent and Staffordshire by the LEP. These have also included the construction of a new bridge across the West Coast main rail line, opening up Liberty Park, Lichfield, for industrial development, and a new business and innovation centre at Keele University.

Staffordshire County Council’s cabinet member for economic growth Mark Winnington said: “Government approval of the gas fired power station at Meaford is a major milestone and demonstrates real progress. This is a key part of the site development and will provide a boost in terms of jobs and an important part in national energy security. Following on from the approval of the first industrial unit last month it is rewarding to see things moving at pace. We’re pleased to have laid the foundations at Meaford which will lead to more investment and employment opportunities.”