Meet the Board Members who are driving the partnership forward. We aim to be fully representative of the spectrum of business sectors that make up the Stoke-on-Trent and Staffordshire economy and communities. Board member vacancies are publicised under the Vacancies tab on our website and we warmly welcome applications that will help us to reflect our diverse area.

We have a company Board comprising of 18 directors: At present there are 10 private sector and 6 public sector.
On this basis we are currently on the lookout for 2 further private sector directors.

Alun Rogers co-founded Stafford-based IT firm risual with business partner Richard Proud in 2005, building on his previous experience as an IT consultant. 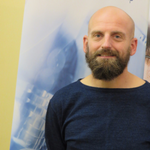 The duo self-funded the launch of the business, which has gone on to win numerous awards and become a Microsoft strategic partner for public and private sector clients. The firm provides IT consultancy, systems management and service support, plus a suite of IT systems, and today employs some 120 staff.

Beginning with Stafford College, risual has partnered with a range of FE colleges across the country to set up risual academies providing training in digital and IT skills. 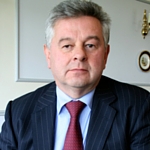 James Leavesley is a chartered surveyor with nearly 30 years of experience covering a diverse range of business areas including farming, armaments destruction, construction, major project recycling and international trade. A Deputy Lieutenant for Staffordshire, with special responsibility for the business portfolio, he proactively promotes the rural economy and business across the county and, building on his work for the Lieutenancy, also takes a particular interest in the Small and Medium Enterprise (SME) sector and SME engagement for the LEP.

The chief executive of the Leavesley Group, he delivered the tri-Armed Services contract, through Leavesley International, for the disposal of all surplus vehicle spares for over 15 years. The company subsequently won, and delivered, the competitive tender to recycle three Royal Navy ships.

James has been actively involved in the work we have been progressing on maximising the benefits of technology in food and agriculture, in partnership with Cheshire and Warrington, Marches and Worcestershire LEPs.

Stoke-on-Trent born and bred, Mohammed Ahmed is a Finance Director with ICE Telecommunications and previously owned restaurants within the area (including the award winning Qarma restaurant in Leek) he is an entrepreneurial SME expert. 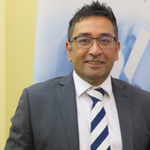 After gaining a degree in biochemistry from Imperial College London, he chose a career in strategy consulting and commercial strategy. His career has taken him to leading FTSE 100 businesses including Gillette, Proctor & Gamble, HBOS, BT, National Grid and HomeServe where he specialised in value and transformation, leading businesses to create more revenue and decrease costs through efficiency, innovation and diversification. Now at ICE he is responsible not just for full finance ownership but leading the strategy on scaling the business to double revenue year on year.
Mohammed chairs the LEP’s Audit and Finance Committee, the Growth Hub and is an Executive Board Member of the Midlands Engine Investment Fund. 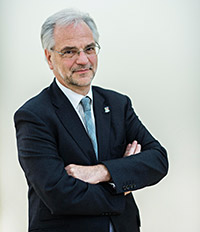 Professor Trevor McMillan became Vice-Chancellor of Keele University in August 2015. Before moving to Keele as Deputy Vice-Chancellor and Provost in January 2014 he was Pro Vice-Chancellor for Research at Lancaster University, where he led several major academic developments and was the lead for many partnerships with other Universities and external organisations in the UK and abroad. Prior to being PVC at Lancaster Professor McMillan was Dean of the Institute of Environmental and Natural Sciences and Head of the Department of Biological Sciences.

Currently, he has a national role as Knowledge Exchange Champion for Research England. As part of this Professor McMillan published a report on technology transfer from universities, the recommendations of which have been supported by government, in part through inclusion in the Industrial Strategy. He is also leading the development of the Knowledge Exchange Concordat with UUK/GuildHE and Research England.

Professor McMillan is member of the Midlands Innovation Board. Midlands Innovation is a world-class university partnership pooling the collective excellence of 8 universities in the Midlands to power growth across the region. He is also on the board of the Stoke on Trent and Staffordshire Local Enterprise Partnership and chairs Network Staffordshire, group of public sector leaders from across stem county.

In June 2022, Professor McMillan was awarded an OBE for services to higher education in the Queen’s Jubilee Birthday Honours. 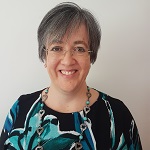 Emma Catterall is a commercial and finance director with a background in major leisure and hospitality multi-site businesses. She is currently Director of Finance, HR and Business Systems for the not-for-profit Camping and Caravanning Club, which she joined in November 2020. Prior to that, she spent 6 years with Merlin Entertainments. She joined Alton Towers in 2014 as Finance Director, overseeing the development of the resort’s accommodation offer with the opening of the Enchanted Village and CBeebies Land Hotel. In 2018, she moved to be Finance Director for all of Merlin’s Resort Theme Parks, before returning to Alton as Divisional Director. Staffordshire born and bred, Emma’s previous experience includes senior finance roles at Punch Taverns and Whitbread and a spell as a non-executive Director at Burton Hospital.

Sara is CEO at Staffordshire Chambers of Commerce. She has a wealth of experience working with the private sector to develop services in response to their needs, as well as a proven track record of lobbying and representing businesses. 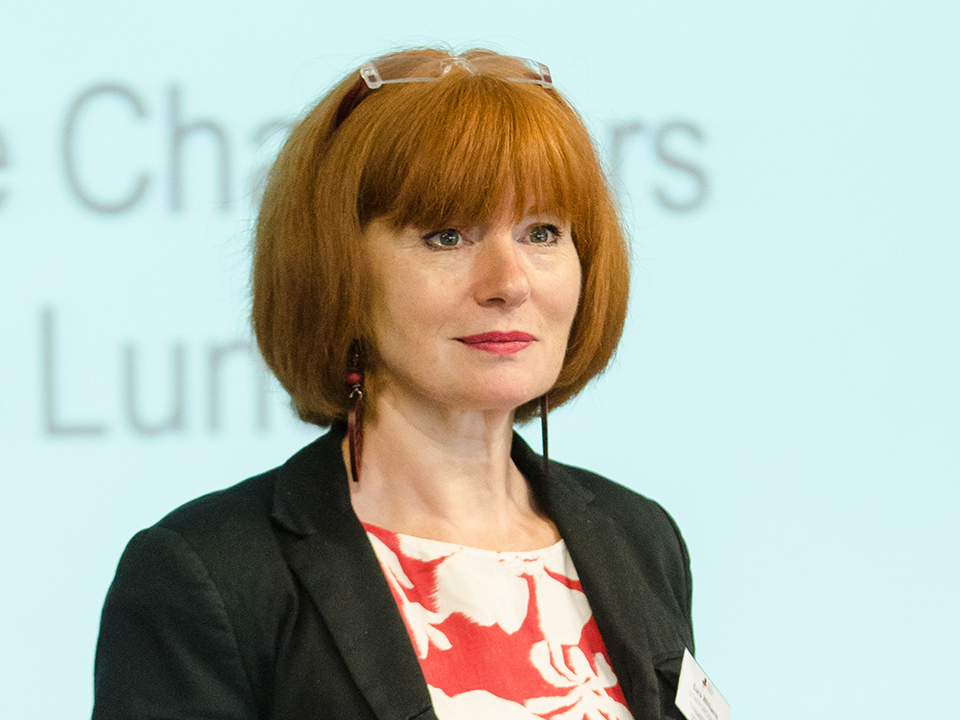 Sara has worked in marketing and community development as well as in museums and galleries.

Previously she was Director of Enterprise at St Helens Chamber. She has been a Governor of Liverpool John Moores University. 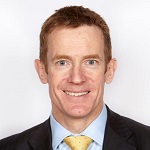 Alan was educated at Stockport School, University of Liverpool and attended Sandhurst Royal Military Academy.  He has a degree in Genetics and a Masters in Business and Administration.

He has been involved in local politics since 2003 when he was elected onto Lichfield District Council. He has held two Cabinet appointments within this District role.

Alan joined Staffordshire County Council in 2009 as Chairman of the Corporate Review Committee and in 2013 became Cabinet Member for Health Care and Wellbeing. Alan became Deputy Leader in August 2017 and Leader in July 2020.  He runs two businesses: Technology Consultant and CEO of Malvern Hills Science Park. Abi was first elected to Stoke-on-Trent City Council in 2010 and became Conservative Group leader on her re-election in 2011. Following the local elections in May 2019 Abi was elected as leader of the council. She is a graduate of both Staffordshire and Keele Universities and has worked in both the public and private sectors in a variety of positions, from researcher to PA to delivery driver.

Abi was instrumental in the creation of the coalition administration in 2015 when she was elected as deputy leader. She is also cabinet member for Finance and Partnerships and is using her role to pursue closer relationships with the public, private and voluntary sectors.

A keen advocate of small businesses, Abi has been running her own enterprise since 2006, while at the same time raising a young family.

Abi is also the chair of our Ceramic Valley Enterprise Zone Project Board.

Hannah is sales and marketing director at Stoke-on-Trent-based ceramics firm Valentine Clays, which provides raw materials to the pottery industry. She has several years’ experience working in the ceramics, fashion and beauty industries at well-known brands including Prada, the Arcadia Group, Emma Bridgewater and American Eagle Outfitters in New York. For the past five years Hannah has managed and developed a £3 million expansion project for her family’s business Valentine Clays as well as creating the LoveClay Ceramics Centre and managing a successful ceramics show Art in Clay.

Hannah has a wealth of experience in product development, strategic marketing and public relations, business planning, project and event management and growth planning for SMEs. She also has a high level of knowledge in the ceramics industry. Patrick Farrington, leader of Stafford Borough Council, is married with two teenage children and has lived or worked in Stafford since 1987. He is a solicitor and Partner at Hand Morgan and Owen solicitors in Stafford.

He has been involved in many charitable organisations and has been the Company Secretary for Katharine House Hospice for over 10 years. He is a past Chairman of Stafford Round Table and a past President of Stafford and District Law Society. He enjoys playing and watching most sports, particularly football, cricket and golf and once worked as a lifeguard in California

He was first elected as a Councillor for Rowley Ward in 2003, serving for 12 years before being elected for Baswich Ward in May 2015. He joined the borough council’s cabinet in 2007 and became leader of the council in February 2015. Patrick is one of the two district and borough council representatives on our executive group 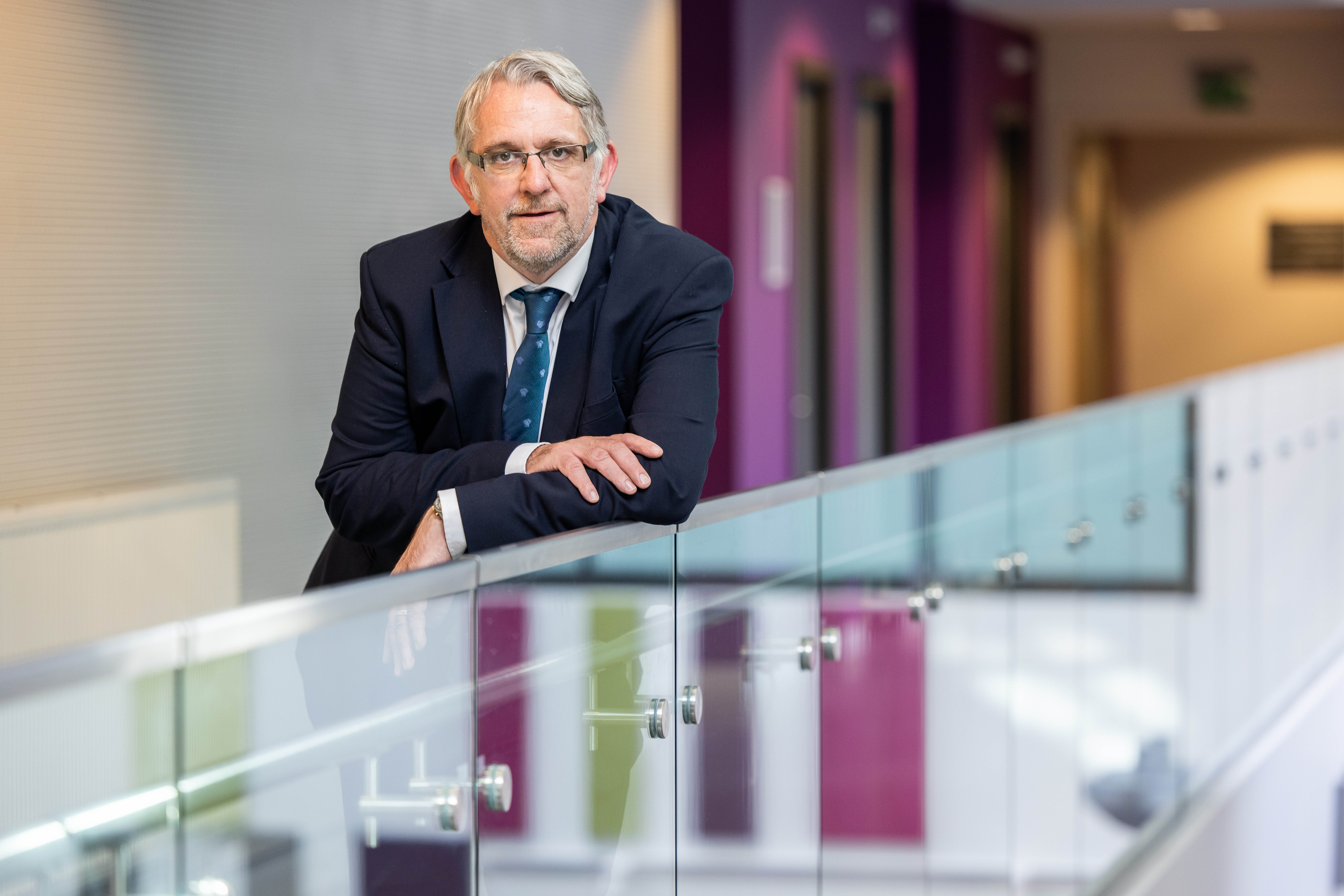 Prior to this Martin worked at Aberystwyth University as the Pro Vice-Chancellor for Research and Co-Director of the Wales Institute of Social and Economic Research and Data (WISERD).

Martin is a graduate of Advance HE’s Top Management Programme and is also a Fellow of the Royal Society of Arts (RSA) and an Academician of Social Sciences.

Author or editor of 13 books and over 150 publications for a variety of audiences, Martin is an interdisciplinary researcher, working in the broad area of society and space and specifically on the interface between economic and political geography through economic development and governance. His current research, funded through WISERD and the ESRC, is looking at city-region building and the Foundational Economy in Wales and England. 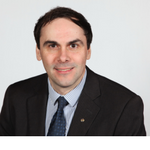 Simon Tagg is in his second spell as Leader of Newcastle-under-Lyme Borough Council.

He previously led the Borough Council between 2006 and 2011. 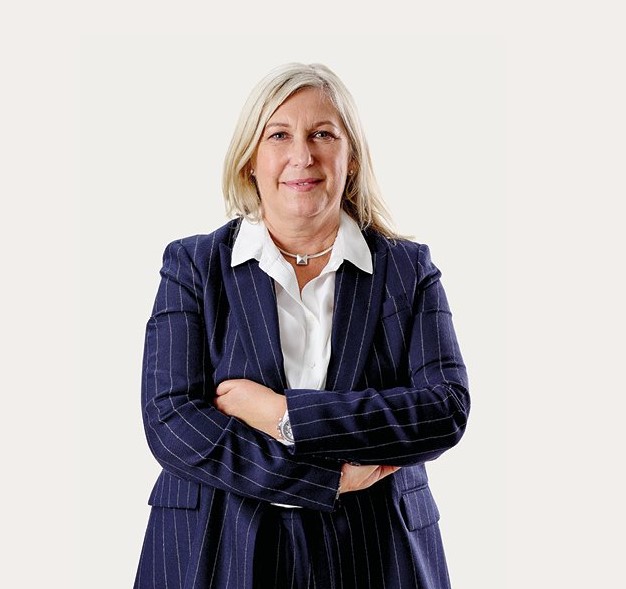 Her business is based at Keele University Science and Innovation Park.

Cllr Allen has been a member of East Staffordshire Borough council since 2015, and Deputy Leader of Regeneration and Planning Policy since May 2019.

He has experience in heavy goods fleet management with both local and national companies. Recently he gained a diploma in Electrical Design Engineering. 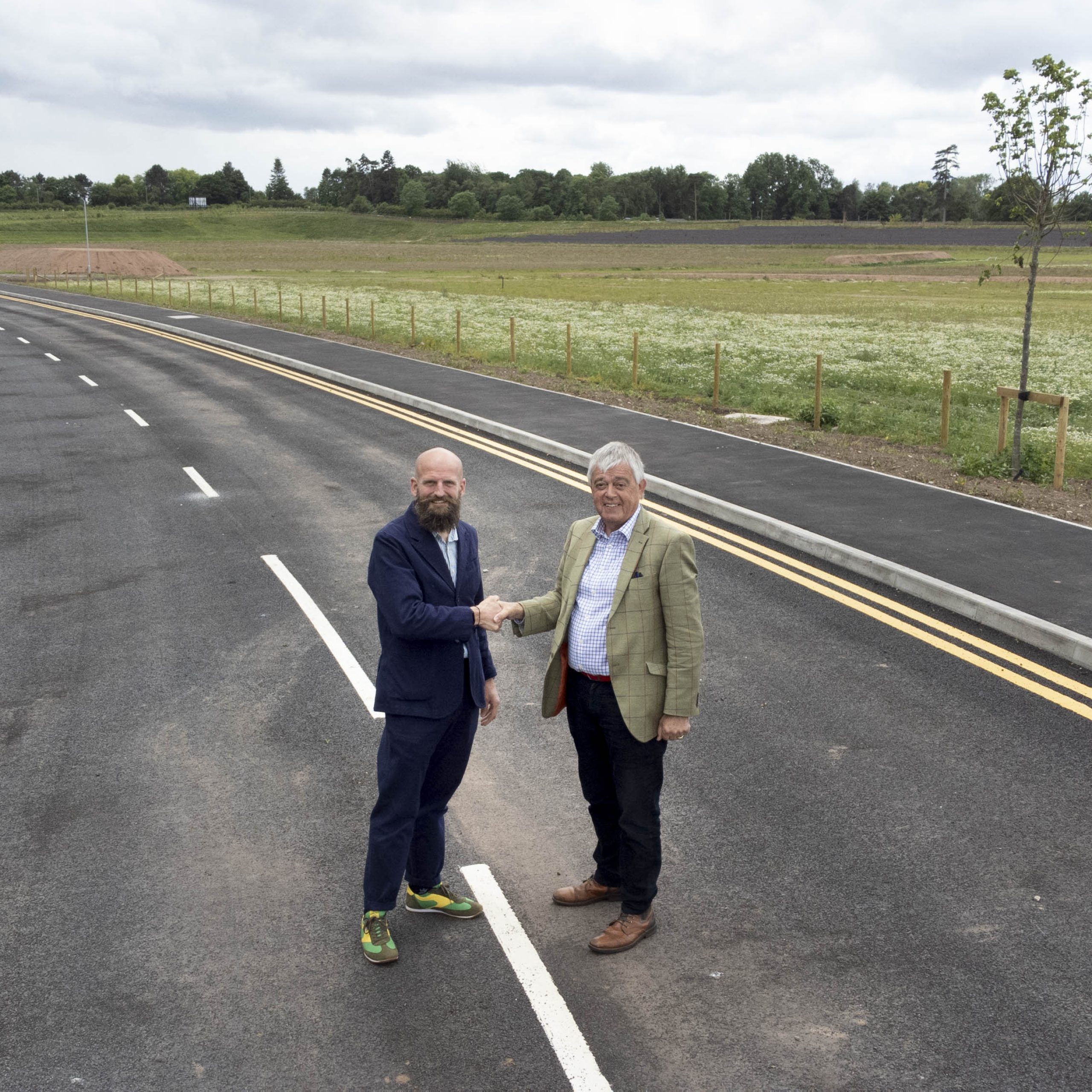