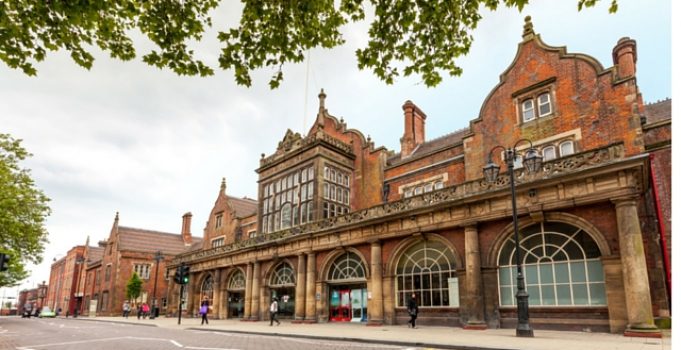 As reported in The Sentinel, http://www.stokesentinel.co.uk/8203-Stoke-station-relocate-multi-million-pound/story-28736564-detail/story.html the scheme being drawn up by Stoke-on-Trent City Council could involve moving Stoke station to a more accessible site, laying extra rail tracks to increase capacity on the network and creating new train stops at the Britannia Stadium, Chatterley Whitfield and in the Moorlands.

Councillor Jack Brereton, city council cabinet member for regeneration and transport, is putting together the scheme to boost transport infrastructure to ensure that Stoke and North Staffordshire can capitalise on the growth in jobs and homes in the wake of HS2.

Welcoming the proposals, David Frost said: “The City Council is rightly looking to the future and planning for the expected growth that will come from HS2.

“Work is already well under way with the Northern Gateway Development Zone which builds upon the natural links between Stoke and Crewe. Yet again we are seeing the locational advantages of Stoke being a spur for growth.”

The LEP is already working with the city council and other local authorities in North Staffordshire on a range of schemes to boost economic growth and create new, high-skill jobs. Projects include the Ceramic Valley Enterprise Zone, which won Government approval last autumn.

Councillor Brereton, who is to submit the transport proposals in the next two months, told The Sentinel: “The current transport network simply isn’t capable of coping with the level of growth anticipated as a result of HS2. That really needs to change.

“We have two options, we either move the station and build a new one which will support high and low speed services.

“But if that is not achievable, we must expand the existing station. At the moment, our rail connection through the city is via a two-track system, which restricts a lot of local and freight services.

“I want to maximise our existing rail network by increasing the number of stations, quadrupling the track with lines to the Moorlands, as well as building stations near the Britannia Stadium and at Chatterley Whitfield.”

The move comes after Chancellor George Osborne gave his ‘personal commitment’ that Stoke-on-Trent would benefit from the HS2 through the Northern Gateway Development Zone, despite Crewe being chosen foran HS2 station. The NGDZ has brought together seven local authorities, Stoke-on-Trent and Staffordshire LEP, and Cheshire and Warrington LEP, to plan for coordinated economic growth and capitalise on HS2.

Councillor Brereton added: “We’ve been told Stoke-on-Trent will benefit with 100,000 houses and 120,000 jobs by 2040. But it would be impossible to achieve that level of growth unless we are plugged into HS2 and we have that wider connectivity. The Government must deliver on its promise.”

The aim is that the rail expansion project would be funded through Government grants and private sector contributions.