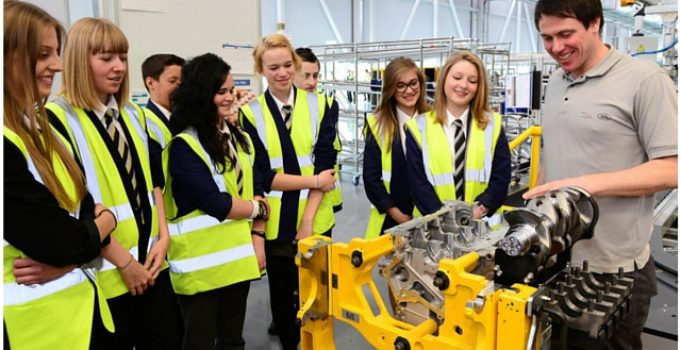 Plans by Jaguar Land Rover to double the size of its Staffordshire factory have been welcomed by Stoke-on-Trent and Staffordshire Local Enterprise Partnership.
LEP chairman David Frost CBE said today’s news that JLR will invest £450m in its engine manufacturing centre at the showpiece i54 business park in south Staffordshire was a vote of confidence in the area.
“This is very good news that illustrates JLR’s commitment to this area,” he said. “It is further confirmation that Stoke-on-Trent and Staffordshire is a great place to locate and a part of the country where business can thrive.
“We are delighted to see so many jobs being created, helping our economy to flourish.”
The new investment will double the size of the engine plant, which was officially opened by the Queen in 2014, to 200,000 square feet.
JLR already employs 700 people at the i54 site and is expecting that the workforce will double in size as a result of the new investment..
Mike Wright, executive director of Jaguar Land Rover, said the plant was pivotal to the company’s plans for global expansion.
“As we grow our volumes around the world we need more capacity,” he said.
“We’ve started the initial phase just 12 months ago, that’s gone really well, and we’re now planning for the next phase for the next two or three years.”