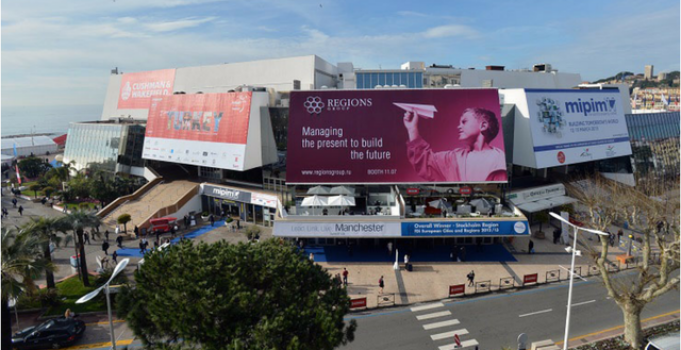 Joining forces to champion the Midlands at MIPIM 2017

A Midlands-wide delegation – featuring ten Local Enterprise Partnership (LEP) areas and 49 private and public sector partners – will exhibit together for the first time at the global property and real estate show MIPIM in Cannes, France from March 14 to 17.

Working collaboratively in a dedicated Midlands UK pavilion, the Midlands Engine delegation is the largest of its kind to represent the UK at this year’s event. The region will showcase more than £14billion worth of projects and investment sites to the annual exhibition’s 23,000 attendees – from potential investors and developers to property agents and the media. Themes will range from the opportunities surrounding the Midlands’ connectivity offer – including the new High Speed 2 rail network – to the region’s Enterprise Zones, such as Ceramic Valley in Stoke-on-Trent and north Staffordshire, plus housing and commercial schemes.

The 200 square metre Midlands UK pavilion will contain an event space – featuring a programme of up to 50 presentations, panel discussions and receptions – and a networking area, plus separate sections for each destination partner.

Sir John Peace, Chairman of the Midlands Engine, said: “The Midlands is coming together on an unprecedented scale at MIPIM to attract even more investment from around the world. The Midlands Engine is working hard to accelerate growth across the whole region and Local Authorities, LEPs and businesses are all collaborating to bring this ambition to fruition.

The region’s presence is being coordinated by inward investment agency Marketing Birmingham, together with the Department for International Trade (DIT) and partners including transport hubs Birmingham Airport and East Midlands Airport, automotive giant Jaguar Land Rover and the Midlands Enterprise Universities group.

David Frost CBE, Chairman of Stoke-on-Trent and Staffordshire LEP, said: “Stoke-on-Trent and Staffordshire is known worldwide for being the World Capital of Ceramics with companies such as Wedgwood and Royal Doulton, alongside brands ranging from the red triangle of Bass in Burton to global players Michelin, JCB and bet365. Our central location means that we have strong and far-reaching economic links and we wholeheartedly support a Midlands approach at MIPIM to provide the scale and impact needed to attract investors.”

Cllr John Clancy, Leader of Birmingham City Council, commented: “Interest and confidence in Birmingham is booming – shown by a significant increase in office and residential construction and the highest rate of business growth of any UK city in 2016.“Last year’s MIPIM exhibition put Birmingham firmly in the spotlight, with landmark announcements surrounding the city’s multi-million pound Paradise, Smithfield and Snowhill developments.

“As part of a united presence this year with our colleagues from across the Midlands, we will be demonstrating to global investors that Birmingham has a huge range of options for big capital investment in regeneration schemes such as Curzon to smaller shovel-ready projects.”

Cllr Jon Collins, Leader of Nottingham City Council, added: “Considered to be the ‘heartbeat of the nation’s economy,’ the Midlands will propel Nottingham – and other regional cities – into the world’s attention. We are happy to play a pivotal role by being part of the wider Midlands presence, showcasing Nottingham’s development opportunities. Being part of the wider offer will help to promote the region and therefore bring benefits to the city.”

The Midlands region covers 18.4% of the UK population and an economy worth £243billion. It contains two core cities, 12 million people, 25 universities, 25 science parks and three international airports. In the last five years, the Midlands area has received over 1,130 Foreign Direct Investment projects, creating over 62,800 new jobs.