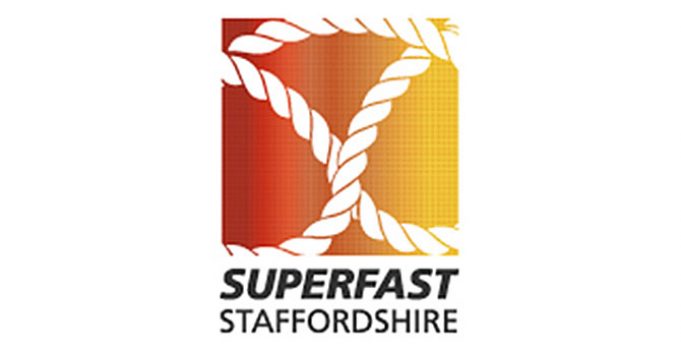 Staffordshire’s multi-million pound superfast broadband partnership will see the first communities benefiting from April next year, it was announced today.

The announcement coincided with the launch of the new Superfast Staffordshire website to inform local people when and where the faster fibre broadband will be available.

The ambitious programme will see the laying of more than one million metres of fibre optic cable and more than 500 new superfast broadband street-side cabinets across the county.

It has been scheduled to get the very best value for money and maximum coverage.Â The programmeÂ will be coordinated with other works and schemes where possible and will make the best use of existing networks.

The first areas to benefit will be Colton near Cannock Chase and parts of Rugeley.

By 2016, 95 per cent of homes and businesses (roughly 472,000 premises) will have access to superfast broadband. A further two per cent will have access to fibre-based broadband with the remainder having improved speeds using existing technology. The project is a partnership between Staffordshire County Council – which has invested nearly Â£8milllion – and BT, which has invested Â£12.47 million. A further Â£7.4million is being invested by the Government’s Broadband Delivery UK (BDUK). The project will be completed by spring 2016.

Installation of fibre cables in Horse Fair, Rugeley, will be incorporated into the county council’s Â£500,000 regeneration project in the area which is scheduled to be completed in May 2014.

The partnership programme is in addition to BT’s commercial rollout, which will bring faster fibre broadband within reach of more than 360,000 homes and businesses across the county by the end of spring 2014.

People can visit the Superfast Staffordshire website at www.superfaststaffordshire.co.uk where they can view a map detailing areas which are set to benefit from superfast broadband and when the work will be carried out. It also includes frequently asked questions, latest news and other useful information.

Progress to date will be the focus of an event at St George’s Park today designed also to give local businesses, broadband campaigners, parish councils and other organisations an insight into the project and the benefits of fibre broadband.

During a series of presentations and workshops, they will hear about the huge engineering challenges involved as well as how they might benefit from the new technology. There’ll also be people already using faster fibre broadband talking about how it’s given them a competitive edge and improved the services they provide.

Communications Minister Ed Vaizey said:”Homes and businesses in rural Staffordshire no longer face being left behind, stuck in the digital slow lane.â€¨”Across the county, people will soon have access to superfast broadband for the first time thanks to the investment we are making. Investing in superfast broadband will deliver real economic benefits.Â  An expert report revealed that for every Â£1 we are investing in broadband, the UK economy will benefit by Â£20.”

People in Staffordshire will be able to order fibre broadband from a wide range of internet service providers as the network is open to all providers on an open, wholesale basis, thereby ensuring competitive prices