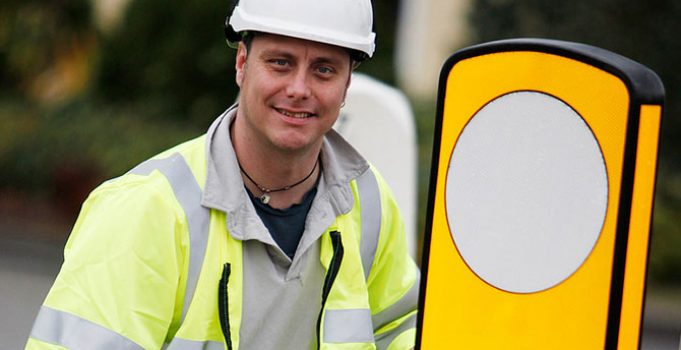 A major scheme to improve a main road in Tamworth town centre will support the borough’s future regeneration and boost business, the county council’s economy leader has said.

The improvements of the Upper Gungate corridor can go ahead after Staffordshire County Council successfully applied for the Government’s Local Pinch Point funding  which aims ease congestion and support economic growth. The £1.376 million allocation is the third awarded to Staffordshire and means all of the county council’s applications to the fund were successful.

Improvements at Upper Gungate will help the route cope with increased traffic, supporting new development in and around the town. They will include widening the road and modifying the Fountains junction, creating new toucan crossing facilities near the high school, improving the junctions to the south of the schools and modifying traffic signals. Work is due to start in April 2014.

The other two projects which received an allocation from the Local Pinch Point Fund were the A518 Stafford improvements at the extended Beacon Business Park and the A50 to Alton growth corridor. Work is already underway on the Stafford scheme and is due start on the Alton growth corridor in November.

Staffordshire County Council’s cabinet member for economy and infrastructure Mark Winnington said: “The fact that all three of our applications to the Government’s Local Pinch Point Fund have been successful demonstrates Staffordshire’s economy is growing and investment is increasing. Our infrastructure needs to be able to meet the demands of business and residential development and the three pinch point schemes will help to do this. Staffordshire’s economic growth continues to gather pace we are ensuring that our roads can keep the county moving. Having the right infrastructure for business and people where congestion is at an absolute minimum is vital for future success.”

The Gungate scheme is one of 15 schemes across the country to receive a share of £25million from the Local Pinch Point Fund. It followed the announcement of £190million funding by transport minister Patrick McLoughlin earlier this year. He said: “Keeping traffic moving is vital to securing prosperity. By removing local bottlenecks and improving access to local development sites and communities, these schemes will help get people to and from work and power the economy. They also have the potential to help deliver new jobs and homes.”