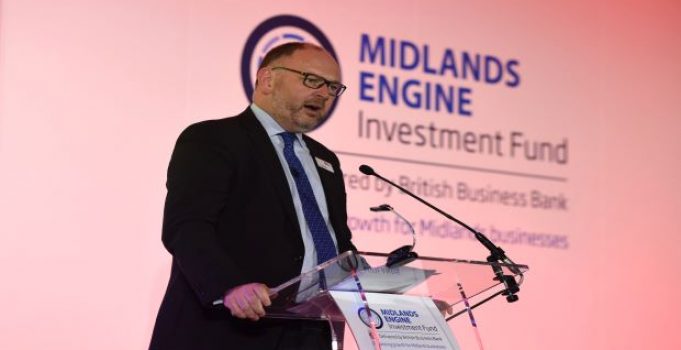 Over £64.8 million has been invested into 257 businesses by the Midlands Engine Investment Fund (MEIF), with new data revealing its regional impact released this week.

The £250 million Fund, which was launched by the Government’s British Business Bank in 2017 to support small businesses in the Midlands, has helped to create 629 jobs, with 37 per cent paying above the UK upper quartile salary of £36,500 a year.

The new data has been released as part of an Early Assessment Report which charts the Midlands Engine Investment Fund’s progress between August 2017 and September 2019. The report was carried out by economic researchers SQW, supported by the Centre for Enterprise and Economic Development Research at Middlesex University, Belmana and BMG Research.

The report has found that the reasons for setting up the MEIF remain robust and highly relevant, spotlighting its impact in improving the delivery of equity finance in the Midlands after supporting 20 per cent of all equity deals in the region.

Key findings from the report

The MEIF is continuing to invest via its seven fund managers throughout the COVID-19 outbreak.

We recognise that small businesses have faced significant challenges over the last few months as a result of the coronavirus pandemic and we have ensured financial support is available to businesses across the Midlands who are in need of it.

Our Midlands Engine Investment Fund bolsters and strengthens our great Midlands businesses for the future. As the Midlands Engine Champion in the Cabinet I am delighted that over £64m has now been invested into over 250 businesses.

A thriving Midlands Engine is pivotal to the nation’s economy and this Fund will play its role in levelling up the region.”

“The last few months have not been easy for small businesses in the UK. This includes the Midlands, where the British Business Bank has already identified a gap in the provision of SME finance. This new report, however, reveals that through the MEIF we are making a positive difference, with the region’s businesses accessing investment to develop innovative products, hire and upskill staff, and most importantly grow.

“The MEIF is key to driving forward the Midlands Engine economy. We are committed to building on the Fund’s progress and sustaining strong levels of support; the Bank is also operating a range of other initiatives to enable businesses to access finance at this time.”

Through our seven fund managers, a strong network of LEPs and intermediaries, we continue to foster a real sense of regional collaboration. This has been pivotal to the impact the Fund has made across the Midlands, it will continue to play an important role as the MEIF remains very much open for investment during these unprecedented times.”