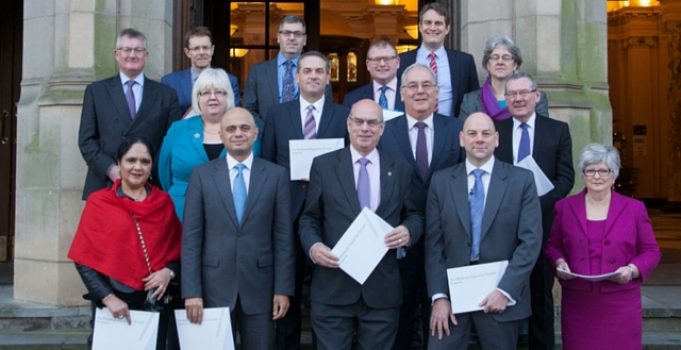 More than £250million from the Chancellor’s 2016 Budget will fuel the ambitions of the ‘Midlands Engine for Growth’.

The Midlands Engine – the Prospectus for which was officially launched by Business Secretary Sajid Javid MP, at Birmingham University in December 2015 (pictured above) – is a regional partnership between business, local authorities, skills and training providers, universities, 11 Local Enterprise Partnerships (LEPs), community and voluntary groups, and others to promote greater collaboration, to grow the economy. By 2030 the initiative aims to create 300,000 extra jobs and add £34billion to the UK economy.

A Midlands Engine (ME) interim Board and Delivery Director are already in place, and work is underway to promote investment in the region and develop local firms access to finance through a ‘business bank’. Mr Javid is set to lead an ME trade mission, featuring up to 50 representatives of Midlands’ businesses, to the USA and Canada in April.

The Budget saw a number of funding ‘asks’ from the Midlands Engine answered by the Chancellor, including on:

“The Chancellor’s support for our ambitions through today’s Budget announcements, particularly in the £250million Midlands Engine Investment Fund and confidence in Midlands Connect becoming a statutory body, show that we are already on the right track and that Government has faith in our long-term objectives.”

An online copy of the Midlands Engine Prospectus can be read at www.gov.uk/government/uploads/system/uploads/attachment_data/file/482247/midlands-engine-for-growth.pdf