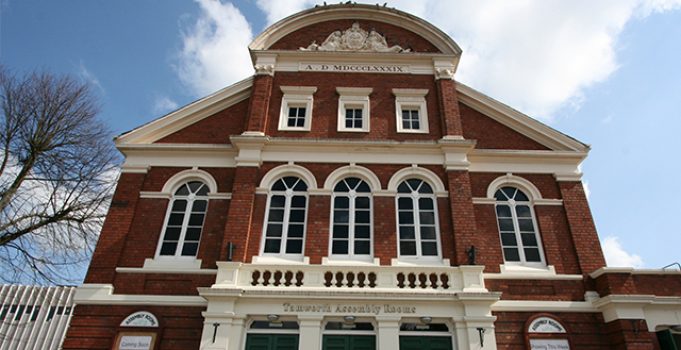 Funding for the showpiece scheme is now secured, with a bid to the Heritage Lottery Fund having secured over £900,000 for the project. It is proposed that Tamworth Borough Council will allocate a total of £900,000 in match funding, with Staffordshire County Council contributing £550,000 on top of the £903,400 from HLF.

The regeneration of the historic assembly rooms is part of a major £5.5 million plan to create a Creative Quarter in Tamworth town centre. The LEP is contributing £2.95 million to the scheme through its Single Local Growth Fund.

“This is great news for Tamworth and the wider area,” David Frost said. “We are seeing a real transformation taking place that will create jobs, boost the local economy, and contribute to a vibrant and attractive town centre.

“It is a great pleasure to be working with enthusiastic partners on this ambitious and far-reaching project that will really enhance Tamworth’s appeal as a cultural and business centre.”

The development of the Creative Quarter will include the refurbishment and extension of Tamworth Assembly Rooms, the transformation of the Philip Dix Centre into a Business and Enterprise Centre, the redevelopment of the Carnegie Centre as a restaurant and improvements to the library and surrounding area.

The project will create around 100 jobs and attract additional private investment. An independent economic impact assessment which was carried out ahead of the funding bid showed that the development of a Creative Quarter could potentially add £13 million to the town’s economy by 2019.

Now that all external funding has been secured, the provisional timetable and work programme involves:

Cllr Steve Claymore, Tamworth’s Cabinet member for Economy & Education, said: “This project is a classic example of how this Council collaborates and works with others who share our vision and passion for improving the town and building upon all the great things it already has to offer. By finding new and innovative ways of promoting the centre of this historic market town in a way that complements the offer at Ventura Park, we will have a cultural, retail and leisure offer that will draw people from across the region.

“The regeneration of Tamworth Assembly Rooms and the wider Creative Quarter project will have a major positive impact on our town centre for businesses, visitors and residents by encouraging new and small businesses to operate in the town centre and attracting additional visitors. It will also allow us to secure the future of Tamworth Assembly Rooms, to ensure that it continues to welcome and serve audiences for generations to come.”

Reyahn King, Head of HLF West Midlands, added: “Tamworth Assembly Rooms have acted as a stage for Tamworth life for more than 125 years. Thanks to those people who play the National Lottery, we’re delighted to support this project which will restore the building for the 21st century as an important first step for Tamworth’s Creative Quarter and ensure its historic elements and the stories it holds are preserved for future generations to enjoy.”