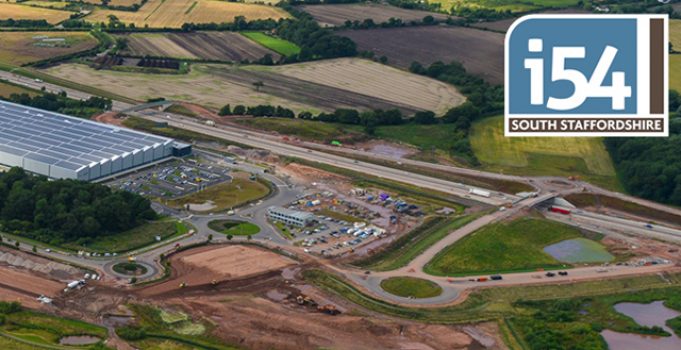 The new motorway junction linking the site to the M54 opened on 11th December 2014. Before the site opened, the three councils behind the development hailed the importance of working together to create economic growth and jobs for the region.

The site, home to Jaguar Land Rover’s new engine manufacturing centre, among others, has been developed in partnership between Staffordshire County Council, Wolverhampton City Council and South Staffordshire Council, with the city and county investing over £40m in the junction and site infrastructure.

The project has been delivered on time, on budget and, with four major businesses now up and running on site, showcases the best of British engineering, science and advanced manufacturing

The employment site has secured hundreds of millions of pounds of investment with four major companies now operational on site – Jaguar Land Rover, Moog, Eurofins and ISP – who will collectively employ 2,000 people.

Political and business leaders came together at Moog to thank all of the partners involved in the project, including local enterprise partnerships, Government and transport providers.

David Frost, Chairman of the Stoke-on-Trent and Staffordshire Enterprise Partnership, said: “The i54 South Staffordshire project is an inspiring example of what business, local and central government can achieve when they invest in the right infrastructure. The partners have shown that they can deliver, and looking to Staffordshire in particular, shovels are ready to start work on more employment sites across the county funded by the recent Growth Deal, that will help confirm our place as an powerhouse of engineering and industry.”