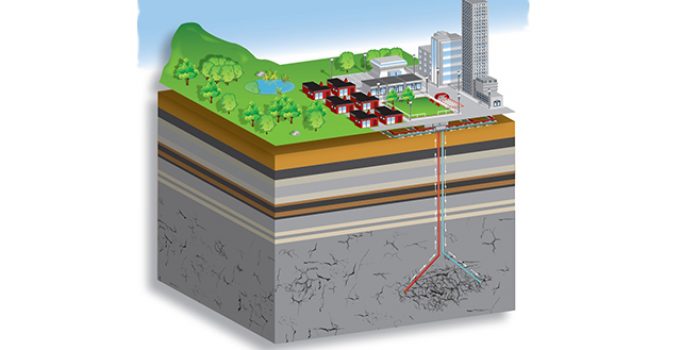 International energy gurus have chosen Stoke-on-Trent to act as the UK’s ‘hotspot’ for energy saving district heating expertise – linking into a worldwide network of cities at the forefront of the battle to deliver affordable and clean energy.

Pan European energy expert Heatnet has selected Stoke-on-Trent to represent the UK in its international network, in recognition of the city’s remarkable position at the centre of the nation’s energy revolution.

The launch of “Hotspot Stoke-on-Trent” on Thursday 12 May, at the city council’s new Smithfield building, is attracting experts from across the world, with leaders in the field coming over from Scandinavia.

The city’s deep geothermal district heating network is the flagship project in the Stoke-on-Trent and Staffordshire Local Enterprise Partnership’s Powerhouse Central City Deal previously agreed with the government, which also includes a smart energy demonstrator project at Keele University and a low-carbon taskforce, in partnership with the Staffordshire Chambers of Commerce. The aim is to establish Stoke-on-Trent and North Staffordshire as an international leader and innovator in sustainable energy.

The Swedish Energy Agency is supporting the event, which is placing the city firmly at the centre of a growing UK energy industry.

Heatnet Chief Executive Peter Anderberg said that the city was the natural choice for the UK.

“Stoke-on-Trent was where the industrial revolution started. King coal powered up an international commercial juggernaut. But King Coal is dead. Now the city is rising from the ashes of the past to lead a new industrial age. That’s why we chose Stoke-on-Trent.

“The city has already been granted £20 million by Government to drive forward ambitious plans to create the UK’s largest deep geothermal district heating system, providing heat for industry and homes in the city centre.

“And the district heating system is just one way in which the city is leading the way. It has real ambition and drive to deliver an energy revolution, a model for others to follow, supporting jobs, sustainable prosperity and stability, while reducing climate changing carbon emissions,” he said.

Scandinavian cities lead the field in exploiting waste heat from industry to deliver cheap, dependable and clean energy for business and citizens, with over half of all power provided via district heating networks. Heat is channelled via a network of pipes around apartment blocks, houses and factories.

Ann-Sofi Gaverstedt of the Swedish Energy Agency said she was keen to work closely with the UK’s leading district heating technology developers.

“We are keen to share our knowledge and expertise but we are also keen to learn. Stoke-on-Trent will develop the very latest technologies and business practices and become a model for others in the years to come,” she said.

Stoke-on-Trent is already co-operating with the city of Helsingborg which has over 50 years’ experience in the field, ensuring the city maximises the benefits and minimises any potential problems.

LEP chairman David Frost CBE commented: “The launch of Hotspot Stoke-on-Trent and such strong international interest in our plans is excellent news for our region.

“We are increasingly being perceived internationally as an area that is powering ahead in technological innovation, and these new developments have great potential to create more highly skilled jobs, benefitting local communities. We have a great opportunity to position Stoke-on-Trent as a leader in this emerging energy sector.”

Stoke-on-Trent City Council Deputy Leader Abi Brown, who is opening the event, said she was delighted that the city was once again a beacon of creativity and energy.

“This is great news for the city, with an international focus on capturing a huge untapped market in the UK emanating from Stoke-on-Trent. We are already working with our universities and the business community to make sure we have the research and development, training and skills, to take advantage of this huge opportunity.

“Stoke-on-Trent is resurgent once again. We have rediscovered our sense of purpose and energy, but powered by a new positive focus on the future. Our traditional creativity is now married to a research driven focus on new materials and technology. The city is becoming a place where people look for inspiration. Hotspot Stoke will cement into place our position at the forefront of innovation,” she said.