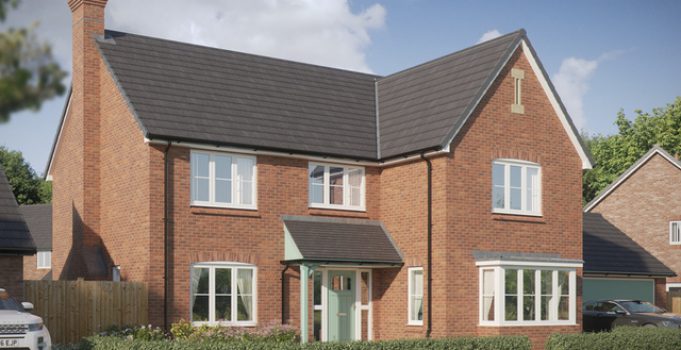 Award-winning building company Cameron Homes is set to launch a show home at its new development set within the major Branston Locks site in Tatenhill.

Cameron, which won two design awards for its Barton Marina scheme in Barton under Needwood, is now providing a range of 70 four and five-bedroom detached homes at its new Lawnswood development.

“Lawnswood is an important new initiative for Cameron as it is set within the exciting Branston Locks development and we are looking forward to launching our show home here on March 16,” said Maxine Moore, sales and marketing director of Cameron Homes.

“Several of our first properties have already sold so we are expecting Lawnswood to be a very popular and attractive place to live,” she added.

The road project to open up the Branston Locks area for new homes, community and business facilities has been part-funded by Stoke-on-Trent and Staffordshire Local Enterprise Partnership, which contributed £5.1million from its Local Growth funding from Government.

The award-winning project involved realigning Branston Road and building a new bridge over the Trent and Mersey Canal. A canal towpath and pedestrian and cycle access to the new development have also been included.

Stoke-on-Trent and Staffordshire LEP chairman David Frost CBE said: “We are delighted to see the completion of the show home at the Lawnswood development at Branston Locks, and particularly to see well-known Staffordshire-based housebuilder Cameron Homes developing this site.

“Branston Locks is a great example of how we are working together across the public and private sectors to make our region an attractive place to live, work, invest and do business, and the Lawnswood development is a very impressive showpiece as this thriving new local community takes shape.”

Staffordshire County Council’s economic growth leader Mark Winnington said: “Branston Locks is a hugely successful project for us – laying the foundations for the development of new business, homes and leisure facilities with a total investment value of over £800million.

“Now we are beginning to see the results delivered with the first homes on site developed by Cameron Homes. This site will play an important part in the county’s on-going economic growth programme and will attract more investment in the coming months and years.

“It is another demonstration of our commitment to ensure our county is a top location for investment and to live and work.”

Minister for Local Growth, Jake Berry MP, said: “We are committed to boosting economic growth across the whole of the Midlands Engine and building a country that works for everyone.

“This £5.1m investment from the Local Growth Fund has enabled vital infrastructure works to take place at Branston Locks, connecting the local community to this new development. Once complete, this project will see the East Staffordshire area benefit from up to 2,500 new homes, as well as the creation of new community and business facilities.”

Local Enterprise Partnerships are playing a vital role in driving forward economic growth across the country, helping to build a country that works for everyone. That’s why by 2021 Government will have invested over £12bn through the Local Growth Fund, allowing LEPs to use their local knowledge to get all areas of the country firing on all cylinders. Analysis has shown that every £1 of Local Growth Fund invested could generate £4.81 in benefits.

If you would like some further facts about the Fund, or the wider regeneration work going on across the country, please contact DCLG press office by emailing NewsDesk@communities.gsi.gov.uk in the first instance to request any additional information you might need.